Kim LyVan was born in Hue, the ancient capital of Vietnam.  After graduating from high school Kim entered the Hue Medical School. 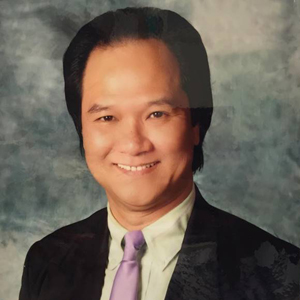 In 1975, the Vietnam War saw the Communist push to overrun southern Vietnam. Doctors were told that if the Communists were successful the freedom of medical personnel would be severely restricted. Kim began construction of a boat, using parts from old automobiles, and in 1979 he escaped. He settled in Lancaster, Pennsylvania, under the auspices of the Mennonite Central Committee. While working on a farm, he attended classes to learn English. During the next years he held various jobs in order to save enough money to ultimately attend dental school. During these years he also worked diligently to assist refugees from Vietnam. His family suffered reprisals because of his departure, and he was unable to secure their release.

Kim’s dream was realized when he graduated from Temple University Dental School in the class of 1990. Sometime thereafter he was able to open his own practice at 199 Canal Street in New York City. Grateful for his success and the help he received, he began providing free dental care for all members of the clergy, regardless of denomination, and members of religious orders (Dr. LyVan continues this practice to this day).

His office is close to the Twin Towers and some of the victims of 9/11 were his patients. He immediately offered free emergency dental care to all first responders and survivors of the tragedy. His generosity and unselfish work with people of all races and religions led to his eventual meeting with President Bush.

He has returned to Vietnam several times and has lent his support to many charitable projects there. He has been especially involved with the cause of orphaned babies. As a result, he has had the opportunity to meet the Dalai Lama on multiple occasions, Pope John Paul II, Pope Benedict XVI, and Pope Francis. At this point in his life, however, he counts his graduation from Temple University as his greatest achievement.

Among the many honors Dr. Lyvan has received, being chosen for Temple University’s Gallery of Success ranks near the top. The Gallery is a collaborative effort between the Offices of Career Development Services and Alumni Relations. The Gallery gives current students an opportunity to see and be inspired by successful Temple graduates. Two graduates are chosen each year from each of Temple’s schools and colleges, and are honored during Homecoming Week. Their names are on display in the lower level of Mitten Hall for one year, and then permanently displayed in the corridor of the Offices of Career Development on the second floor.

For more information on Lee Family Dentistry or Dr. LyVan, contact us today at our Dental offices in NY.

Click on the images below to view in full size for reading. 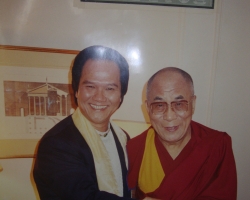 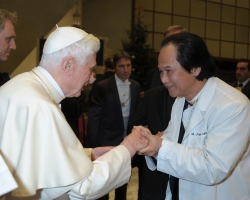 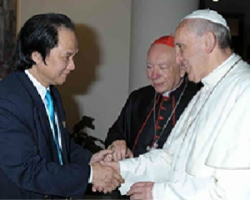 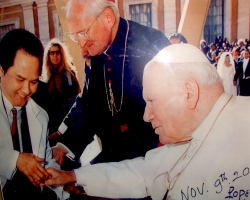 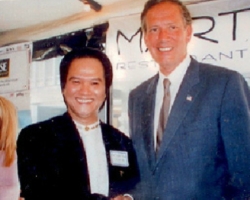 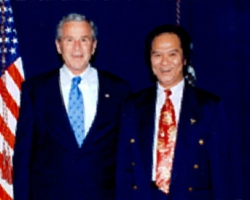 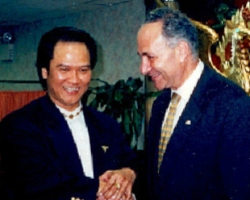 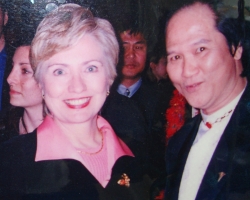